Should the Office of the Prime Minister be subjected to Term Limits?

The Westminster Model, i.e. sistem kerajaan perwakilan beparlimen, does not prescribe such mechanics. Instead a prime minister and his/her government will continue as long as:
Consider the cases of John Major, Gordon Brown, Kevin Rudd, and Atal Bihari Vajpayee among many. They left their office following a defeat in the general elections. Note that their defeat caused their party failing to secure a majority seat in their elected house following an election.
Or Kevin Rudd (1st Ministry) & Margaret Thatcher who resigned following an internal party struggle.
In the UK, successful votes of no confidence forced Stanley Baldwin (1924), Ramsay MacDonald (1924), and James Callaghan (1979) to [advise the Crown to] dissolve the Commons. Unfortunately, they lost the elections and were not returned to power.

In Malaysia this practice was codified into our Federal Constitution. A member of the Dewan Rakyat can be Prime Minister as long as 22 years or as short as 6 years. According to Art. 43(4):

If the Prime Minister ceases to command the confidence of the majority of the members of the House of Representatives, then, unless at his request the Yang di-Pertuan Agong dissolves Parliament, the Prime Minister shall tender the resignation of the Cabinet.

How do we know when the Dewan Rakyat is no longer confident in the Prime Minister? Either one of this needs to happen:

How are these items defeated?

Composition of the Dewan Rakyat as at September 23, 2016.

Again, this is if all 222 members are present and vote either Aye or Noe. Sometimes members may abstain. Whichever vote that has the most, wins. For instance 86 votes Aye, 85 votes Noe, but 51 Abstains, the Bill passes.

That is why the fanfare during the Opening of Parliament and the Budget speech by the Prime Minister. These are crucial Bills that needs the most support.

So what happens when it is defeated? 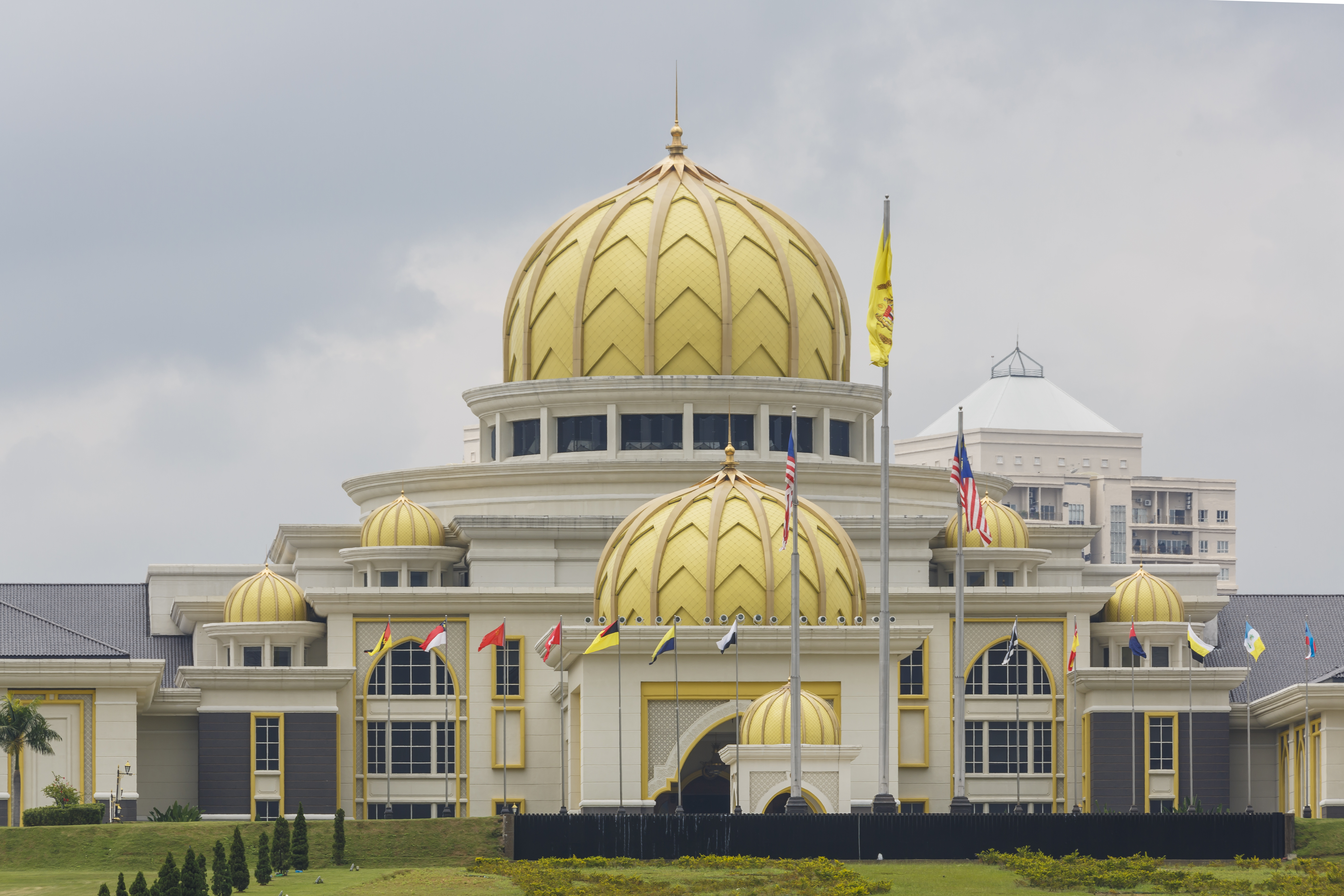 Istana Negara of Malaysia at Jalan Duta, the Official Residence of the Yang DiPertuan Agong of Malaysia.

The Prime Minister, under Art 43(4), has the right to seek an audience with His Majesty the Yang DiPertuan Agong. During that meeting, he requests the King to dissolve Parliament. Note that the King acts on the advice of the Prime Minister on many things. When it comes to dissolving Parliament, Art. 40 (2) allows the Yang di-Pertuan Agong to act in his discretion in the withholding of consent to a request for the dissolution of Parliament.

So the King may reject the Prime Minister’s request? Yes.

Why? It is up to His Majesty. The King may have various reasons.

However there is a potential problem: when does the Prime Minister and his Cabinet resign? The Federal Constitution is silent. By expectation, it is immediately after the audience. However we have never seen this happen before in Malaysia.

Back to the question on Term Limit for Prime Minister

Datuk Seri Mukhriz Mahathir (Malay Mail Online) stated that his party pledges to impose a term limit on the Office of the Prime Minister of Malaysia. He cites that many countries are practicing term limits. This is a misleading statement. Yes, many democracies have term limits, but these democracies are not parliamentary democracies.

Countries which impose term limits onto their executives are Republics with an elected, albeit directly or indirectly, Head of Government who also serves as Head of State. Countries like the United States (term limits for the President & Governors), the Russian Federation (President cannot hold two consecutive terms; Putin-Medvedev swap), the People’s Republic of China, Botswana, Comoros, South Africa, and Iran.

Parliamentary democracies that have term limits for prime ministers, according to the Constitute Project (Link), are Andorra, Bhutan, Pakistan, Swaziland, and Tanzania.

The issue is not just about limiting the terms of the executive. Activists in the United States raise an interesting issue: limiting the terms of all elected officials including and especially members of Congress. U.S. Term Limits (https://www.termlimits.org/), a grass root movement, looks to end career politicians who over time fail to represent those that elect them.

Besides that, we must examine the mechanics of the prime minister’s support in the Dewan Rakyat. I support a fixed term Parliament. Like in the United States, Congressional elections are held on a fixed date, e.g. early November every second year, and the new Congress meets on January 3rd the following year. However one must realise that this removes the Yang DiPertuan Agong’s authority to dissolve Parliament. Elections will happen irrespective of the public sentiments surrounding the Polling Day.

Of course, the real question is ‘what happens next?’

Have there been changes to the Westminster Model?

During Cameron’s Coalition Government, Parliament passed the Fixed Term Parliament Act 2011. The provision is similar to our Federal Constitution where Parliament automatically dissolves 5 years after the date of its first meeting.

FTPA 2011 fixed polling days as ” the first Thursday in May in the fifth calendar year following that in which the polling day for the previous parliamentary general election fell” (Sec.1(3)) Any variation must be approved by Parliament. This