Why do you want to work for someone else?

In February 2016, I joined a social media analysis company based in the Klang Valley as their Associate Director (Business Development & Project Delivery). First, I have to thank my Aunt who forwarded my résumé to my current company in January. I should remark that the interview-hire process was the fastest in my life – all in all it took a week between the first (January 22nd – on Skype) and second (January 29th – onsite) interviews.

Amidst the “Congratulations”, I’ve also received an interesting remark repeatedly: Aldric, I cannot believe you want to work for others!

Before joining this team, people knew me as either an entrepreneur or agent: unit trust consultant, freelance copywriter, Managing Director of my own supply company based in Kuching, Sarawak.

In a world where people seek financial and time freedom, I can sympathise with their reactions. But here’s the thing: it is their own, and does not take into account my struggles, challenges, and hardships.

Entrepreneurship is an amazing journey. I do not regret embarking upon it. But who is to say that selling my services, albeit in a full time nature, isn’t a form of entrepreneurship? Wikipedia defines “entrepreneurship” as the process of designing, launching and running a new business.

Frankly speaking, only a handful of people really meets this definition.

No, you are not an entrepreneur by definition if you are an insurance agent, unit trust consultant, an MLM practitioner or direct marketer. Yes, you are not working the 9-to-5. No, you are not designing or launching a new business, irrespective of legal structure or the absence of one.

If you are earning a commission, wearing a corporate approve/compliant attire, even without the 9-5, you are merely an staff paid on the basis of performance without salary and its benefits or union representation.

It irks me a lot when freelance sales agents insult the employees and what they do. Not everyone has the same privilege; at the same time not everyone is forced to work till the day they die. In fact it is rumoured that we die because we aren’t working.

They are men and women wanting to earn a living within their risk appetite. I have seen many insurance agents who pride in their “independence”, but if they fail to attend their daily morning and evening meetings at their agency, they are fined or penalised. I’m among the few in the country who travelled the world before having a stable income: yes, I’ve been to the US three times, to London once, to Paris once, to Singapore countless of times (I exclude Brunei as we live next door), and to Krabi once. Yet, many “entrepreneurs” barely leave the borders of their State!

For those who pride themselves with their “freedom”, I cite Brian Tracy’s test: have you received a job offer in the last 6 months? I received two. Once which I accepted.

Here’s the funny thing about me:

I only have a diploma which I received in 2012. In 2009, I was offered a junior executive position while I only had my SPM/O-Levels. It was Primeworks Studios Sdn Bhd where I served as a junior copywriter earning RM2,400 per month back then.

Confidently, I recently went to education fairs to find a distance learning or part time undergraduate programme. Unlike most, I have the audacity to say, “I am not studying to find a job – I have one and it was created for me; I want to study for the satisfaction of having a degree.”

How many do you know can say that?

Why do I joined a growing company instead of working on my own? I’m young. There is a lot to learn in this world. A lot to be done. The reason I accepted this opportunity is because of the opportunity.

My character is one that needs to support a team or cause. I am not meant to become the head honcho. Instead, I need to support them in realising the organisation’s goals and fostering the team interaction. I’ve seen it time and time again. In chat groups which I kept quiet, activities of the group died. Knowing when to strike that balance, however, is crucial. So that the chatroom remains about “us” and not “me”.

Organisations like BNI are amazing for me. It allows me to help other business owners and professionals first to grow my own business. Givers Gain is not two meaningless English words. It conforms to the two philosophies that I already have: Love and Serve & Forward Forever.

I have seen it happen repeatedly: I cannot work for money as it will never come to me. When I help others, it appears in abundance. Not just the money, but other opportunities.

Knowing what I know, I need to restrategise and re-organise.

Besides that, the current company deals in social data analysis: human logic, societal and community patterns, and their behaviours. What makes people do what they do? Why?

As a copywriter by trade, I am obsessed by the effectiveness of my campaigns and writing. There is no way, previously, for me to measure my effectiveness. Through my current employer, I get to see a bigger picture. A priceless picture which many are not privy to.

Despite using social media and contributing to social data, the paradox – like the Paradox of Law – remains: we overlook this huge collection of near-accurate human reasoning, behaviour, and emotions.

Everyone has a Role

Everyone has a role to play. Do you think your Unit Trust or Insurance company can be where it is today without the employees? Those executives, analysts, and branch managers? Do you think your upline is so amazing that he/she doesn’t need to hire printers and graphic designers for their skills?

Yes, join MLM companies and the Unit Trust/Insurance companies for their training and support. You can go so far when you embody the training. The best paid people in the world are those who can sell a solution.

Products come and go. So do their companies. Do you know the first laptop manufacturer? Where are they now? What about the first search engines?

What makes Google, Microsoft, Amway, Apple etc so successful? That CEO or CMO, paid a monthly salary, is able to sell the idea to both the market, their personnel, and sales force.

Funny isn’t it? Many insurance agents earning 5-6 figures a year attend the national conference organised by employees. Or those MLM companies whose MDs and CEOs are paid a monthly salary  – more than most of the agents and some agencies combined – and are quite experienced in the industry.

My role is to help my company grow through my copywriting, public speaking, and networking talents. It is not to create a product and be the next innovator. And I do not mind.

Yes, as I grow my acumen, I will, in turn, hire others to run my own system as I remain in this one. But no, they are not beneath or below me just because they are paid by me.

No, just because a person is a Lord, a Lady, a Latok or a Latin, they are not my betters. They are only better than me by the amount of service they can render to the largest number of people: men and women who create jobs for others, who take care of their employees, who care for the general well-being of those not as fortunate as them.

I am in awe of my current Managing Director, the Project Directors, and other Associate Directors, as well as the Social Media Analysts. There is a lot I can learn from them, and much help I can offer in turn.

I am amazed by many men and women in BNI who genuinely want to help others before themselves. Taking the time to learn other people’s business.

I am grateful for the opportunity that I had in serving in the Sarawak Chamber of Commerce and Industry’s Annual Dinner Committee of 2015 and their focus group. These are men and women so successful yet humble in their own right. And they continue to fight for the various businesses irrespective of membership in the Chamber or otherwise.

My life is almost like those TV series and drama which I despise: the ones filled with Tan Sris, Puan Sris, Datuks and Datins. Name dropping does not go far with me. In fact, it doesn’t impress me at all. I have had instances where people ask some of these well known people if they know “Aldric Tinker Toyad”; after being affirmed, they would take photos with them and show me.

Once someone even said to me: “Aldric, why didn’t you tell me your relative is a director on an NGO/Foundation?” My response was simple, “Isn’t it already public knowledge?” In my mind, I answered “Why should I parade these information?” 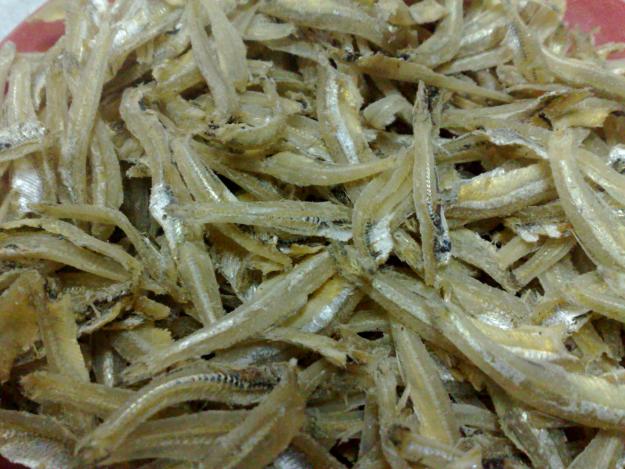 I am nothing more than a minnow or anchovy (ikan pusuk/ikan bilis) in an ocean of life.

Nothing is more embarrassing than saying you know these men and women, yet they haven’t a clue of who you are. In this life, I am but a minnow or anchovy. I am either a nobody or a has-been.

These somebodys worked their lifetime to get to where they are. Really respecting and honouring them is to learn from them and their experience so we can, in turn, help the next generation in the cycle of humanity.